Restaurant Review: The recently opened Tamra engages all the senses

Restaurant review: Diva Spiced takes you on an atavistic culinary voyage through Asia and beyond

Restaurants and businesses on Madison Street Restaurant, Bars, Pubs in Karnataka Allowed to Sell Liquor Amid Lockdown as Takeaway

The order comes as Karnataka generated nearly Rs 200 crore in revenues due to the sale of alcohol this week. 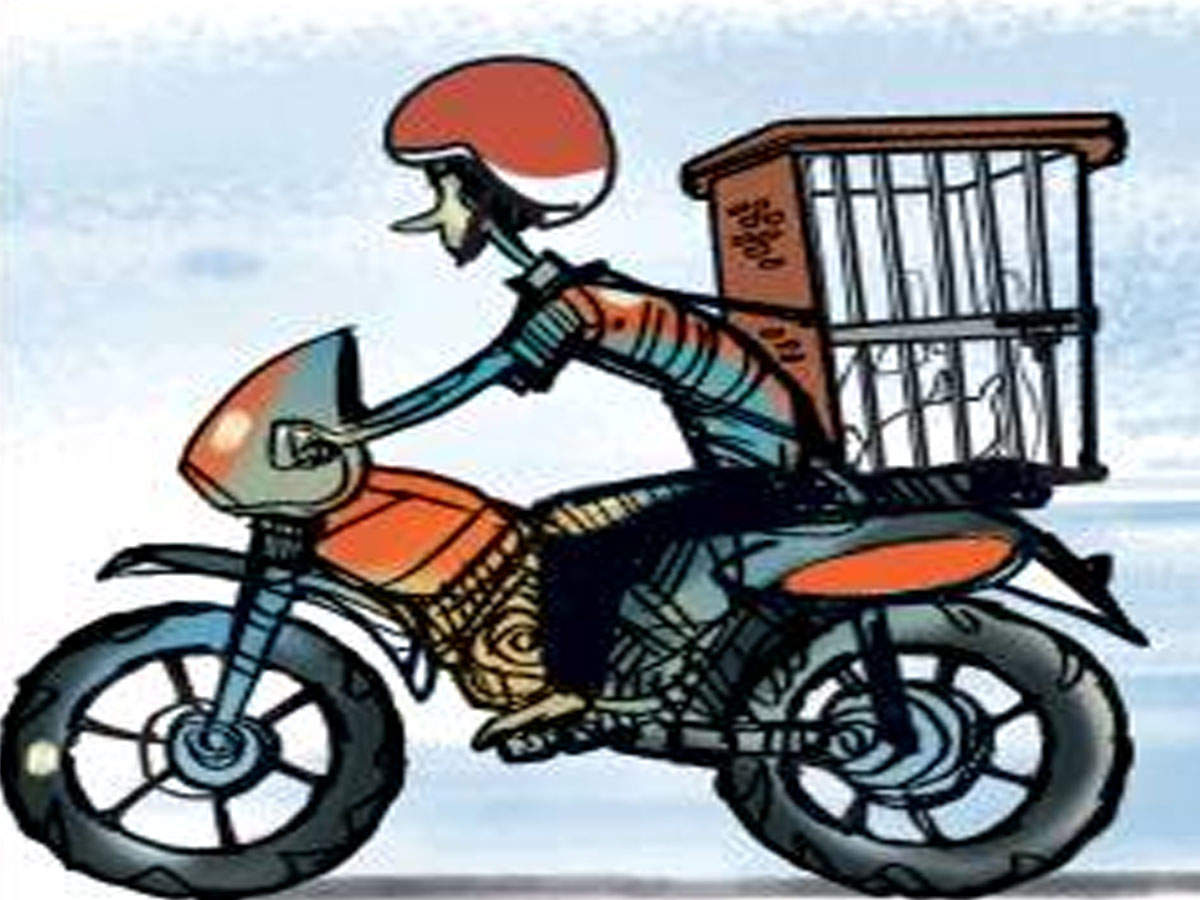 Restaurants in Ludhiana can now home deliver from 7am to 7pm

From Saturday, restaurants, eateries, sweet shops, ice-cream parlours and juice vends can home deliver from 7am to 7pm. But dining will not be allowed at the joints.​

Caprice Holdings hospitality establishments, which include Mayfair celebrity hotspots such as Scott's, Annabel's and Sexy Fish, are preparing food at their kitchens for NHS staff across the UK.

In March 2015, Top Gear's Jeremy Clarkson punched Oisin Tymon at Simonstone Hall in North Yorkshire, when the producer told him that his choice of steak dinner wasn't available.

Budget airline AirAsia must have missed the memo about the popularity of airline food, announcing the opening of a new restaurant serving only in-flight meals.

One among every 10 parents blame "contaminated" meals from restaurants as the leading cause behind food-borne illnesses in their children, a survey has revealed.

While just one third of parents said their children got sick from spoiled or contaminated food eaten at home, a whopping 68 per cent named restaurants as the most common source, according to the "National Poll on Children's Health" led by C.S. Mott Children's Hospital.

The poll also reported that only 25 per cent of people check health inspection ratings before dining out.

"Contaminated food can make both kids and adults sick. For young children, whose immune systems are not fully developed, this kind of illness can present a greater risk of serious complications," said Gary L. Freed from University of Michigan.

He explained that virus Hepatitis A is being increasingly passed on through unwashed hands, causing food contamination and, thus, recommends vaccination for one-year-old children.

Other places where eating made children sick included school (21 per cent), friend's house (14 per cent) or at a potluck (11 per cent), the report stated.

As per the World Health Organization (WHO), about one in every 10 people around the world falls ill due to food-borne disease each year. Of those 600 million people, almost 420,000 die as a result.

Food-borne illnesses are most often caused by toxins, parasites, viruses and bacteria -- such as salmonella and E. coli. It can occur when germs, either certain bacteria or viruses, contaminate food or drinks, according to the report.

Once contaminated food enters the body, some germs release toxins that can cause diarrhoea, vomiting and sometimes fever or muscle aches.

Catch up on all the latest Mumbai news, crime news, current affairs, and also a complete guide on Mumbai from food to things to do and events across the city here. Also download the new mid-day Android and iOS apps to get latest updates

This story has been sourced from a third party syndicated feed, agencies. Mid-day accepts no responsibility or liability for its dependability, trustworthiness, reliability and data of the text. Mid-day management/mid-day.com reserves the sole right to alter, delete or remove (without notice) the content in its absolute discretion for any reason whatsoever

Restaurants across the U.S. are slated to reopen during the summer season as coronavirus restrictions are lifted. CNBC's Kate Rogers reports on what that could mean for restaurant jobs.

Restaurant made of entirely out of salt cleans polluted air

In tribute to the region's salt lake, the architects of this unique restaurant used salt as an eco-friendly building material.

Restaurants and cafes recognise benefits of single-use plastics amid pandemic

A ban on single-use plastics including cutlery and straws will be pushed back in SA to allow restaurants and cafes to reopen "sooner rather than later" amid the coronavirus pandemic.

London after Lockdown: Restaurants to bring in radical measures to help keep diners safe when they reopen

Restaurants are preparing for life after lockdown with a range of radical measures that will keep diners safe but will involve drastic changes to the way Londoners eat out.

When Will Vegas Reopen? Social Distancing Guidelines for Casinos, Drive-Ins, and Restaurants

Restaurants and drive-in movie theatres are allowed to reopen in Las Vegas today, with casinos hoping to reopen by Memorial Day.

Will restaurants be allowed to offer alcohol for take-out and delivery after pandemic?

Restaurants have been struggling to stay afloat since the pandemic hit, but there has been a silver lining: relaxed liquor laws mean customers can get their booze delivered along with their meals.

Restaurant owners are discussing what could change after coronavirus restrictions lift in Indiana. Here are some changes that could be on the way.

Photos: How the central Indiana restaurant industry is reacting to a pandemic

Restaurants and bars in central Indiana respond to the coronavirus, or COVID-19, health pandemic while operating under state-issued restrictions.

Restaurants struggling during the coronavirus pandemic are becoming grocery stores to survive. Here's where to score groceries around Indianapolis.

'We are going to have to change our entire industry': Saskatoon restaurants adapt through COVID-19 pandemic

Restaurant owner Roxy Taschuk wasn’t optimistic about the state of her industry when the COVID-19 pandemic hit.

Restaurant vendors are now selling to the public. Here's why it might hurt them instead of help.

Home cooks can get sushi-grade fish and dry-aged steaks for cheap, but at what cost?

Here’s which Colorado businesses can open Friday and where

Restaurants, bars, fitness centers and movie theaters are among businesses that are not allowed to reopen.

Many restaurants and cafes are struggling to keep their businesses alive on takeaway only and the industry is lobbying the Queensland Government for further relaxing of social distancing restrictions to get people eating out again.

Where to order fresh food boxes and hampers

Restaurants and cafes are closed to sit-down customers so food services across the Sydney are getting creative, offering you an easier way to do-it-yourself from the comfort of your own home. Restaurants? Libraries? Sports? Here’s when things in Washington might reopen according to Inslee’s 4-phase plan

Gov. Jay Inslee has released a four-phase plan to guide the reopening of Washington's economy and amenities. Here's an estimate of when things will start to open back up.

Restaurants? Libraries? Sports? Here’s when things in Washington might reopen according to Inslee’s 4-phase plan

Gov. Jay Inslee has released a four-phase plan to guide the reopening of Washington's economy and amenities. Here's an estimate of when things will start to open back up.

Expressing the sentiments of the industry, the National Restaurant Association of India (NRAI) said the 'logout' movement cemented the belief that the industry needed to take back control.

How to keep customers’ cravings alive has become a challenge for restaurants.

Restaurants to share ‘loyalty’ as they fight for survival

Under the banner Rise4Restaurants, consumers can buy vouchers from any member of the National Restaurant Association of India and redeem them for a 25% discount on bills once restaurants open.

Restaurants in the city are looking to slash in-house dining capacities by 40 per cent to ensure social distancing norms are followed and also ramp up their tech infrastructure to handle more orders online.

Expressing the sentiments of the industry, the National Restaurant Association of India (NRAI) said the 'logout' movement cemented the belief that the industry needed to take back control.

Takeout is changing the restaurant business

Restaurants are redesigning themselves to accommodate the rise in take-out orders.

Restaurant &#39;surge pricing&#39; is much ado about nothing

The headlines say surge pricing, but in reality, what Bob it's an early bird special for fine dining.

Go ahead, order the least expensive bottle of wine on the menu

Restaurants are on to our wine ordering habits, so the cheapest bottle of wine on the list may really just be the best value.